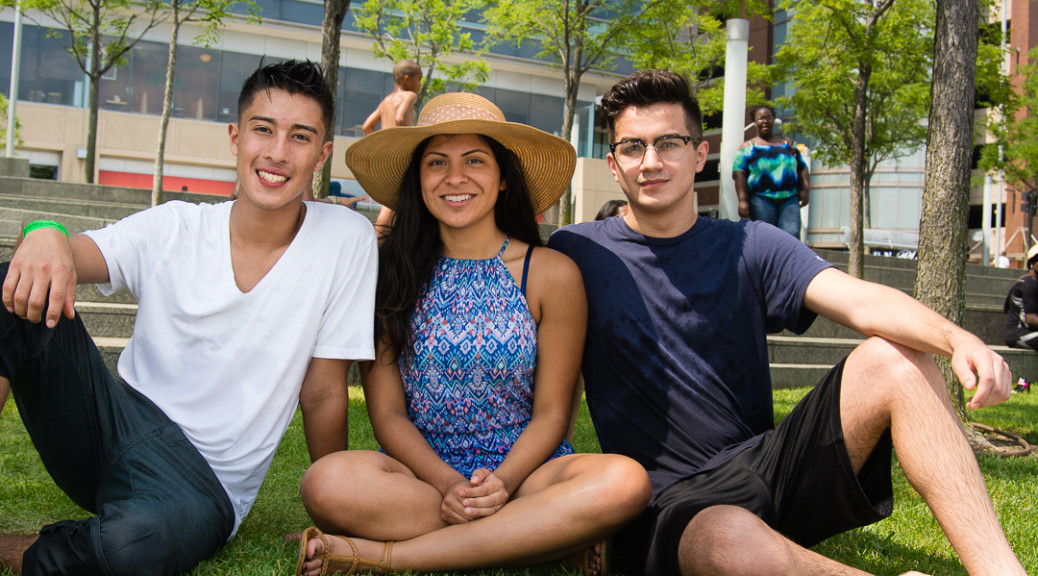 Detroit Riverwalk – This place is alive with bustling Detroiters doing their thing. 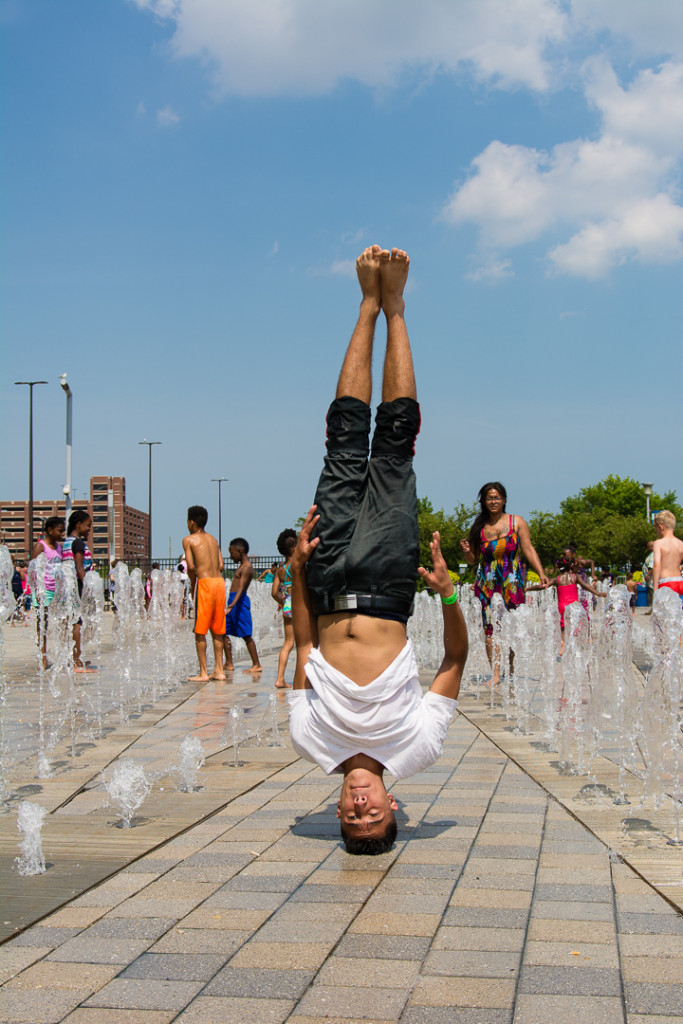 It was a beautiful, warm, sunny Saturday when I met Alexandra and her friends Diego and Josue on the Detroit Riverwalk.  As you can see by the picture to the left, they were enjoying the waterscape behind the Renaissance Center.  Josue was showing off his incredible balancing skills and was a big hit with the kids there.  The children quickly surrounded Josue and began to try and mimic him.  Josue continued to entertain and work with the children on their handstand skills.  So, I quickly interviewed Alexandria and Diego.  First, I asked about her favorite  memory of Detroit?  Alexandria replied; “The Cinco De Mayo Parade in Southwest Detroit.  Oh man!  Like I remember going to that when I was a kid all the time.  It represents the Hispanic culture so much.”  Diego conferred by simply answering, “The same.”

As for what Alexandria would like to tell the world about Detroit?  “It is such a beautiful place and people just don’t know that.  It is so Artsy now too!”  Alexandria, bashfully informed Detroit In Portraits of this little know fact about herself… “I know how to Juggle!”

The Detroit Riverwalk is really a beautiful asset for the city and people of Detroit.  The atmosphere is light and the amenities are plentiful.  From waterscapes to the beautiful, picturesque views of passing freighters, The Detroit Riverwalk  delivers to Detroiters of all ages. You really should check it out for yourself, if you have not done so already.  Alexandria made a very astute observation in the fact that Detroit has become a bit of  a mecca for the arts. While there are far too many to list here, a few of my favorite things and/ or places to see great art in Detroit are The Tangent Gallery, The 555 Gallery and, of course, the Detroit Institute of Arts.