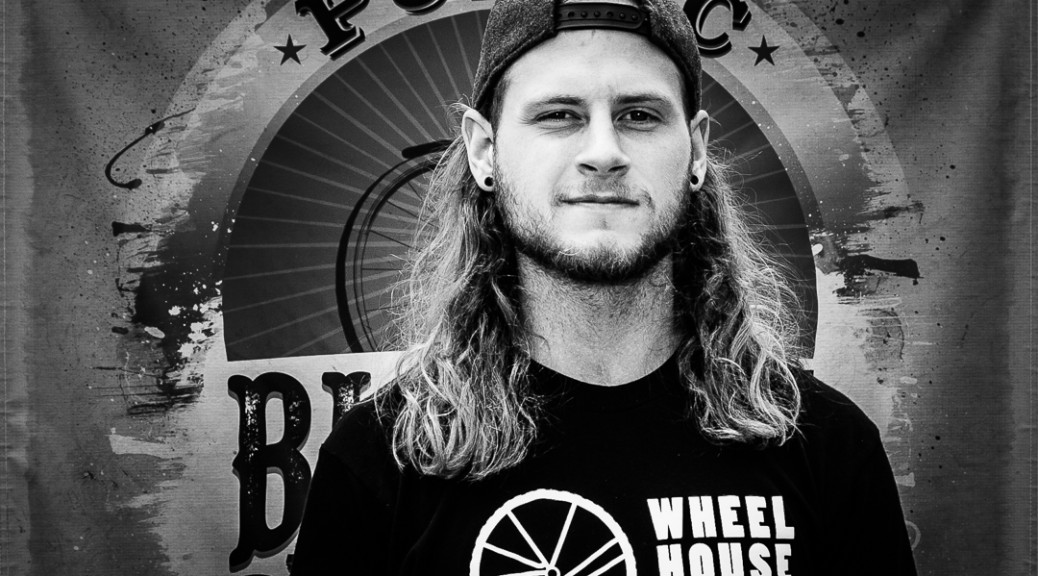 Meet Derek.  He works for Wheel House Detroit and rents bikes downtown at Campus Martius.  He not only rents bikes, but lives the biking lifestyle.  When asked if he was a cyclist himself, Derek replied; “Yeah. I bike everywhere!”  As for the biggest cycling adventure to date? Derek says;  “I usually ride about 25 miles a day now. I haven’t done anything to adventurous yet. One guy I know of was doing the whole outline of North America. Yeah, I’m not into that yet. I’ve only been into riding about two years now, but I’m really enjoying it.”

Another thing I noticed about Derek was his tattoo of the Detroit skyline.  That says hardcore Detroiter, if anything ever did.  Detroit is not only in his blood, but he carries it with him wherever he goes and proudly displays that he is a true Detroiter.